My Windows PC died about a month ago after 5 years of service as a home server. The hard disk controller on the motherboard was failing. I weighed my options and decided to replace it with a Mac Mini and an external hard drive enclosure. So far it’s working out well. It’s certainly a lot quieter than the loudmouth fan on the 400W power supply in my previous rig.

However, there’s plenty in OS X that’s tripping me up. I’m trying to figure it all out organically without looking in Help for keyboard shortcuts or quick tips. As a Windows power user switching to OS X for the first time, I have several annoyances.

Six weeks ago, my wife Lauren gave birth to our first child, who is awesome, and life has been a blur pretty much everyday since. The best kind of blur I think possible. Olivia is an expressive, happy, and super cute baby. She’s a good sleeper, a good eater, and doesn’t cry unless she wants food or a fresh diaper. She just doesn’t like to cry. Amazing.

When she was less than 9 days old, she had her first restaurant experience and slept the whole time. Last night, Lauren and I went to The Melting Pot with her parents to celebrate Lauren’s [redacted] birthday and Olivia of course came with us. From the moment we got in the car to the moment we got home, she was asleep in her car seat. Amazing, and I’m sure it won’t last forever. Nothing lasts forever, which is why we are taking lots of pictures. 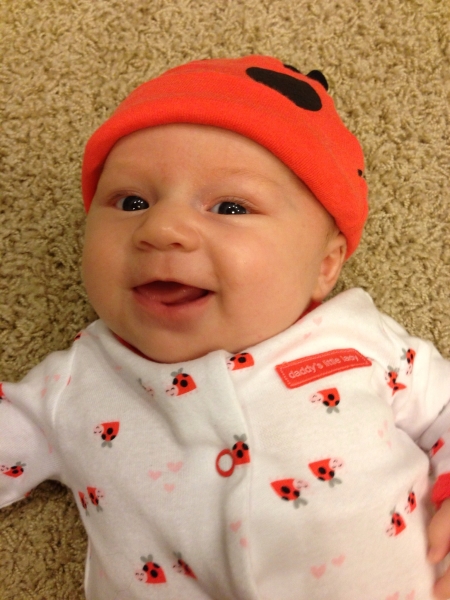 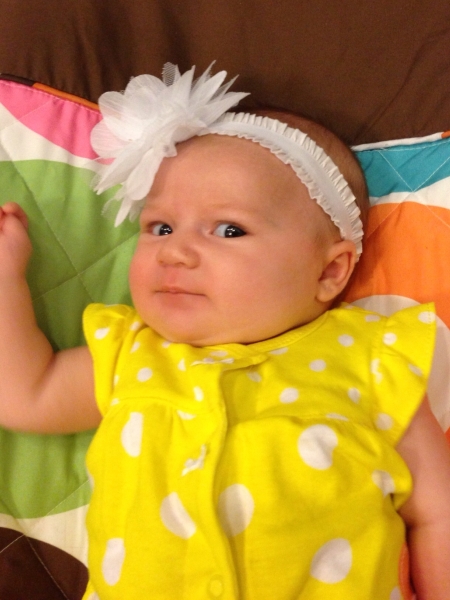 Most people say she looks like a carbon copy of Lauren, which I tend to agree with. She has Lauren’s chin, nose, and mouth. But she has my feet, my snoring, and when she gets hiccups she also kinda burps them out, which is totally something she got from me (which I got from my dad).

This morning, something miraculous happened right before my eyes. My wife, who is a superhero, pushed our baby girl into the world.  And oh my goodness is this baby girl precious. I’ve kept a close eye on her all day, and from what I can tell, she’s just perfect.

Her name is Olivia. I am smitten. 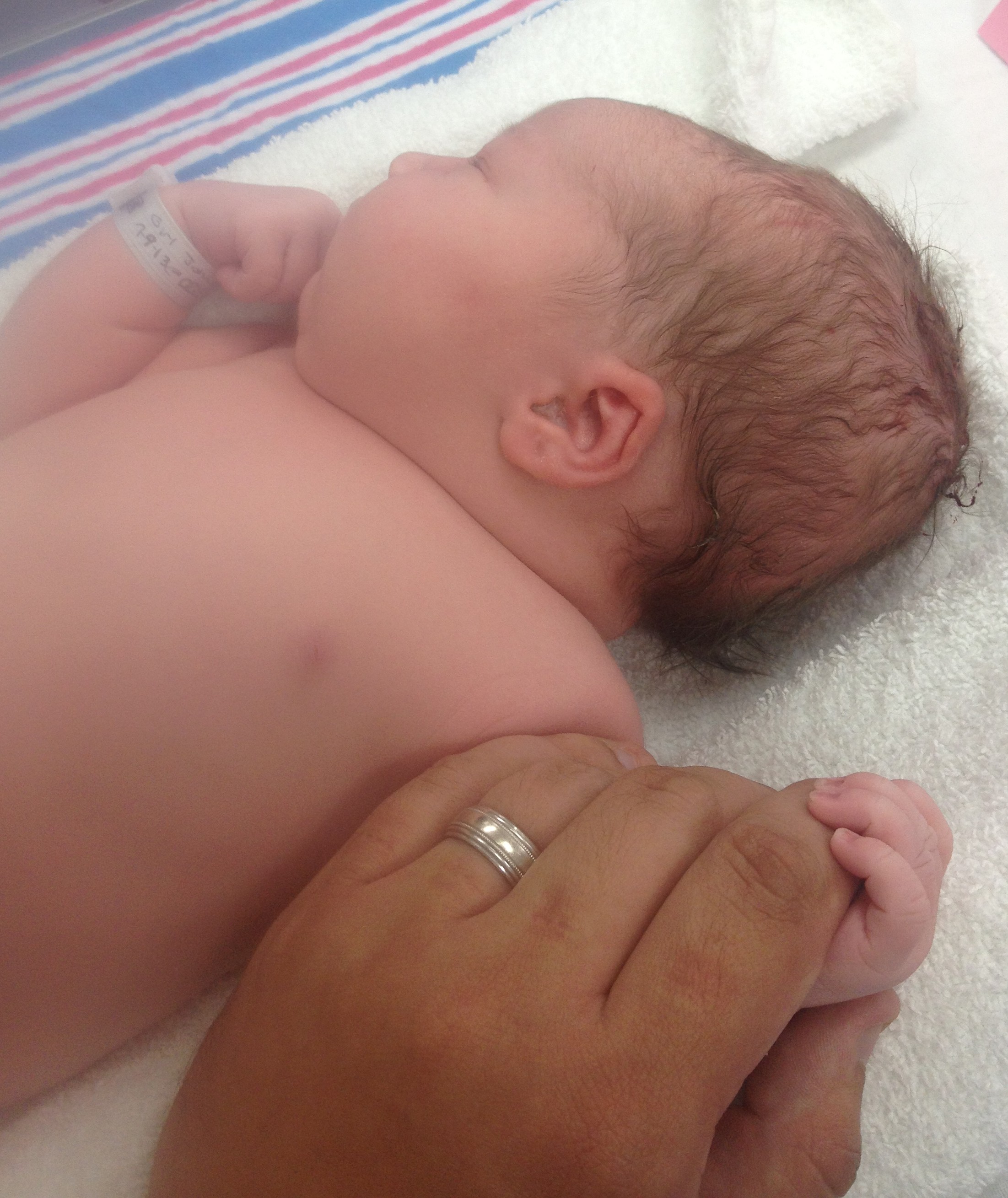 Mother and baby are doing well.

Inbox Zero and GTD changed how I work. The tips of “Don’t constantly be reading incoming email” and “move email messages out of your inbox” are keys to how I succeed at managing what seems like a deluge of incoming email. It’s changed me, in some ways for the worse. I see inboxes everywhere now.

I’ve got a Netflix Instant queue filled with movies I’m never in the mood to watch. I feel bad that I have hundreds of unread articles in Pocket. I just unsubscribed to The Magazine because I couldn’t keep up to date with new issues. I even quit playing Words With Friends, because it was just another inbox.

That’s just the beginning. My Letterboxd watchlist has just over 400 movies added. My Downcast “Everything” playlist tells me I have 238 unplayed podcast episodes (a little over 100 hours). I just added up some 25 seasons of TV shows I’d like to watch, including Breaking Bad, Supernatural, Sopranos, and many others. The unread shelves in my Goodreads have 168 books. I’ve got a stack of video games that each deserve 40-50 hours of play time. Let’s not even talk about comic books, new music, board games, and Longform articles published online.

For a long time I felt almost crushed under the pressure of not having any time to consume all these things. Really, who has that kind of time? I’d need some 2,500 hours of free time to get through all my lists of unread/unwatched/unconsumed stuff. If I spent 2 hours a day, it would take me almost 3 and a half years.

When I first got my Xbox 360, the game I played most was this puzzle game Hexic. You just spin these pieces around in the grid shaped game area. It dazzled me and I played for hours. I was the same way with Tetris. And nearly every other video game I can remember, I was constantly replaying it to master a top score or best time. I must have rewatched the original Star Wars trilogy every week of my childhood, and I can’t count the times I’ve seen some of the movies we watched as a family growing up (Romancing the Stone, So I Married an Axe Murderer, and Bill & Ted’s Excellent Adventure come to mind). I think as a teenager I saw more reruns of Quantum Leap and Saved by the Bell than any single person should.

So I refuse to think of my Watchlists as Inboxes anymore. They are wishlists. They are a pantry. They are a rainy day toy box. No one ever feels pressure to use up all the flour and sugar in their pantry. Just use it as needed, since it’s not perishable. When Christmas is over, no one should ever feel pressured to buy up the rest of their Christmas list. It’s about enjoying what you have, not what you don’t. And some toys you keep stashed, in case kids can’t play outside. So that is my new philosophy. And I feel much better.

If only I could make a decision on what movie to watch next.

With the year coming to an end, here’s my list of the favorite things I discovered in 2012.

I’ve had this recipe posted on the Google Official Blog bookmarked for ages but I’ve never tried it. The portions are “Google-sized” and call for 3 gallons of buttermilk and 30 chickens. I need to do the math and adjust down to a smaller yield, but if this fried chicken was good enough for The King, it was worth sharing.

Buttermilk Fried Chicken Elvis Loved
*Google-sized portions; read all the way through to get the total amounts needed*

Mix these amounts of the dry ingredients together in a large bowl, then whisk in the buttermilk until it’s thoroughly mixed.

Pour the batter over the chickens and marinate for up to five days – keep refrigerated, of course.

Dredge the marinated chicken pieces in the dry herbs/flour/cornstarch mixture mix.
Fry the dredged chicken in a large skillet with hot peanut oil @ 375 degrees. Once chicken has reached a golden brown color, finish cooking it in the oven.

This Spring, Lauren and I put down good faith money to start construction on our new home. The builder broke ground in May 7th, finished construction in a little less than 90 days, and we closed in the first week of August. And we totally live there now. 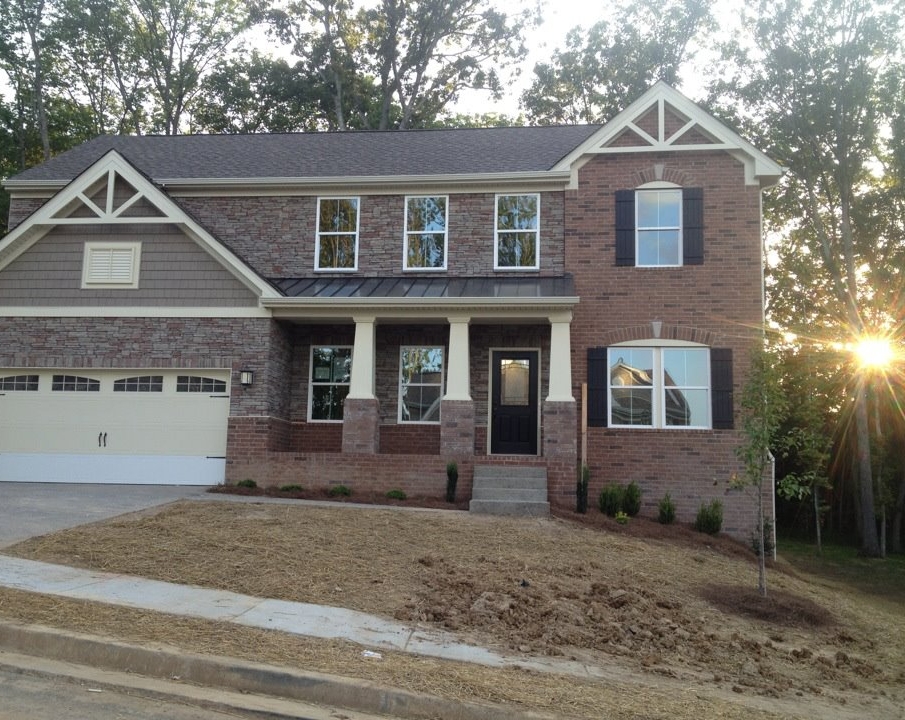 We closed on the new house on a Monday and set moving day for Friday. I took the week off work. Lauren and her parents showed up every night after work and we painted. Trusty Tan in the master bedroom, Nuthatch in the master bath, Nomadic Desert everywhere else, with Loch Blue and Parakeet accents in the living room and morning room. During the day I would paint the bedroom and bathroom listening to the Star Wars Radio Dramas and in the evening, when the paint party would get started, we would crank the “Classic Rock’s Greatest Hits” or “Feelin’ Good in the 90’s” playlists on Songza.

When we listed our condo for sale back in the Spring, we filled a PODS storage unit with boxes of “non-essential” stuff like books, bedspreads, winter clothes, and some furniture. The week before closing, we packed up everything else we could and Two Men And A Truck showed up on moving day to move those boxes and the remaining furniture to the new house. They did in 5 hours what would have taken me a day and a half. And we still ended up making several trips back to the condo to get items from our closets, bathrooms, fridge, and freezer. We dusted, vacuumed, set the thermostat to 78 degrees and OFF, turned off the lights, locked up, and picked as many jalapenos as we could and brought them to the new house. Now, we just need it to sell.

We made several good decisions along the way, some of them were learning experiences, so I thought I’d share:

We still have many, many walls that still need paint. We have boxes of stuff in our living room that we don’t know where it will go. My suitcase is currently in the hallway closet. Pretty much all of our framed art is stacked against the wall in the dining room. And I want to cram way too much into our office than can reasonably fit.

I still hesitate to call it a Dream House, because what’s a Dream House anyway, but every morning for the past week I’ve woken up giddy over the massive shower, killer deck, and ridiculous kitchen I get to use everyday. And we are only about 7 minutes away from the best frozen yogurt in Nashville. So there’s that.

One of my favorite podcasts is raising money on Kickstarter to produce Season 3. They’ve reached and far exceed the initial goal, but they have a benefactor that will grant them an extra $10,000 if they get 5,000 backers.

This ambitious goal inspired Debbie Millman at her brand new Design Matters Institute to offer a challenge grant of $10,000 to motivate 5000 people to show support for 99% Invisible at any level they can afford.

So if you have an extra 30 minutes today (you totally do, you know you do), check out the podcast. Here are a selection of my absolutely favorite episodes:

Each one is only about 10-15 minutes each. Listen to two or three of them, realize the brilliance of it and how much you kinda want to go back and listen to all of them (which I recommend, they’re “evergreen”), then go to the Kickstarter page and give a dollar so that Roman Mars gets $10,000 and keeps making cool stuff that we all enjoy.

And if anybody wants to buy me that $55 Samuel Plimsoll shirt on his Kickstarter, I would appreciate that.

I made these for dinner last night and they were quite wonderful. If you are growing jalapeños in your garden (and why wouldn’t you) this is a great use of them. If you are not growing jalapeños, shame on you. I used shredded cheddar cheese and it didn’t work well. Next time I will either use slices of cheese or bake them on a silpat. I may even try jack cheese instead of cheddar. Adapted from Simply Recipes.

Allow to cool for 5 minutes before serving or you’ll burn the roof of your mouth. Makes 1-2 servings.